I seriously mean no offense to the Unites States military when I say I do not like Army men toys. I actually had to unfriend a Facebook friend that became extremely defensive and argumentative when I stated that I detest Army men toys and absolutely LOVE Toy Boarders as a healthy, positive  alternative. Disliking Army men toys and the message they send when kids play with them, has nothing to do with liking or disliking the American Military. Then again, this is 2016 and everyone is offended by everything. Good grief!

Ok so back to the awesome Toy Boarders. Toy boarders project a positive message to kids when they play with them. They look very similar to Army men, they come in packages with lots of different styles in them. They are way cuter than Army men. They have 3 sport styles; Skaters, Surfers, and snowboarders. They will be super fun to play with when the X Games are on TV! Can I get an Amen! Bottom line, Toy Boarders send a positive message and the world has enough stinkin violence in it! Let kids be kids, let kids have fun, let kids play, let kids have choices, and teach kids that there are alternatives to negative, violent portraying toys. Oh and by the way, Toy Boarders come in 3 colors too; blue, grey, and green. They have two styles of skaters, one style of surfers, and one style of Snowboarders. I hope their company thrives and they make even more styles soon! I would love to see golfers, runners, tennis players, rollerskaters, rollerbladers, BMX bike riders, go-cart riders, mountain climbers, and whatever else they can come up with! Toy Boarders are such an amazing toy!

Ok so who wants to win 2 packs of Toy Boarders for their kids????

Toy Boarders is going to provide 2 packs to the winners of the giveaway that I am holding in this blog post! Woohoooo!!   Thank you AJ's Toy Boarders.

See the Toy Boarders website HERE
Check out our Toy Boarders photos below, then after the photos you will find the giveaway entry form! 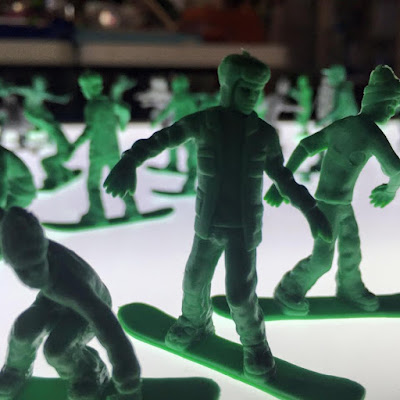 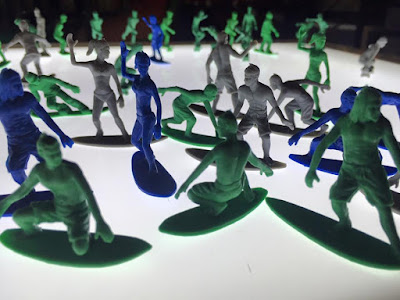 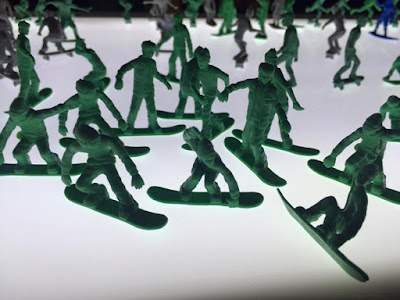 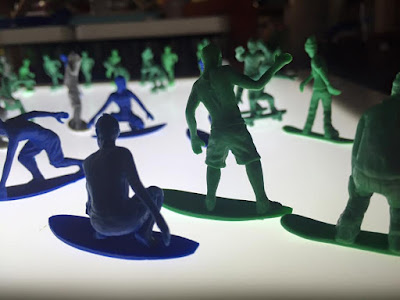 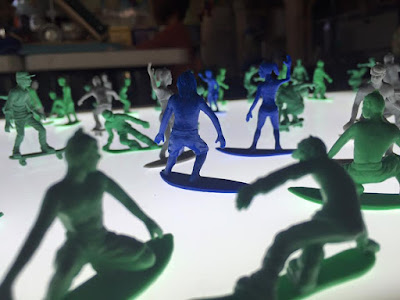 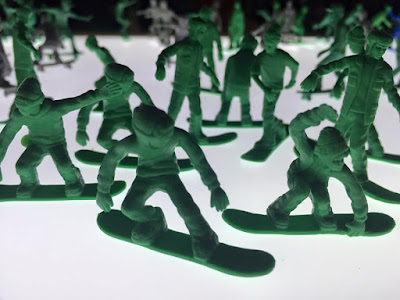 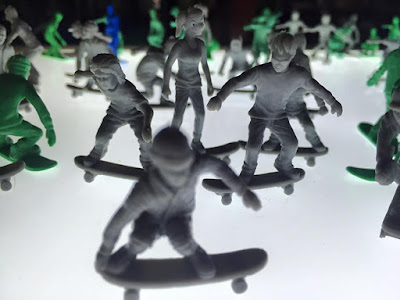 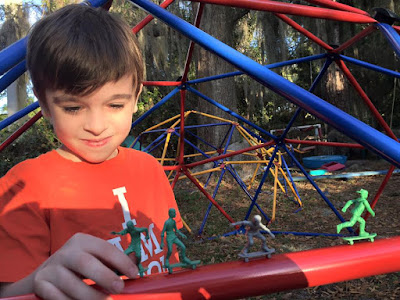 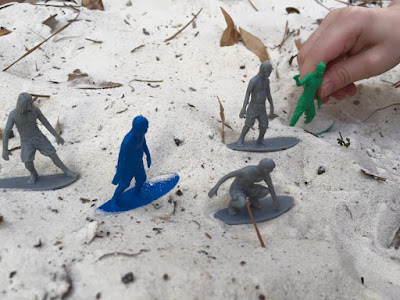 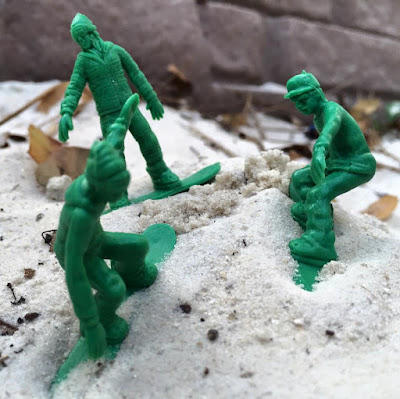 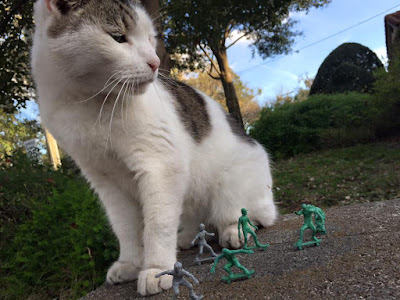 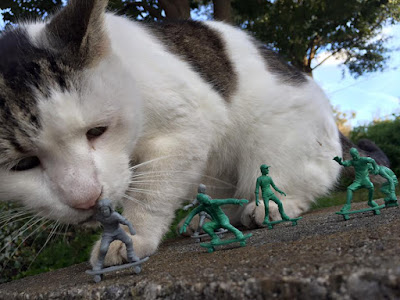 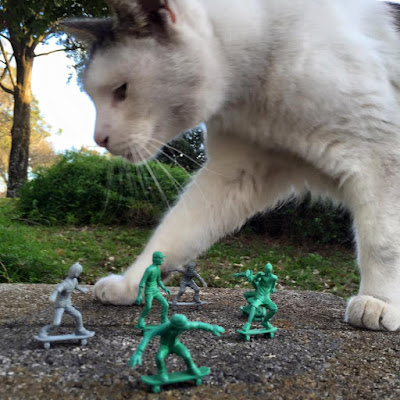