These are soooo much fun! Plus they are so cheap and easy to make!!

All you need are:

If you like these wands, check out my other awesome wands HERE!

Below you will see 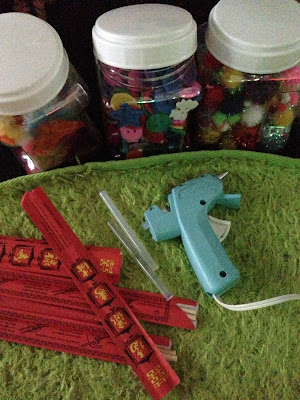 We made a few types of chopstick wands, but the BEST ones are these...
Fancy Feather Swing Wands!!
We did one in random fun colors, one in 4th of July theme, and one in Mardi Gras theme!
These wands are so awesome and so fun!! You twist them between your fingers and the dangling beads swing! The kids LOVE them!! You can make them just swing from side to side, or twirl all the way around! These could be done in any colors or theme! 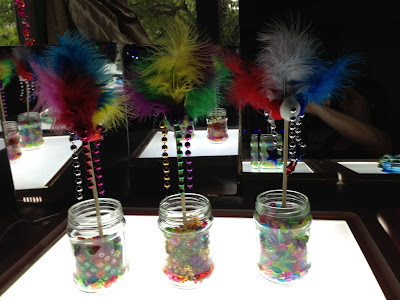 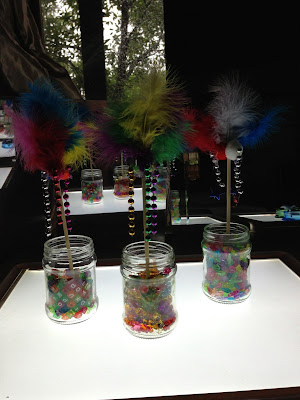 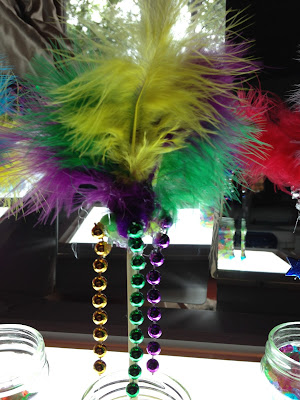 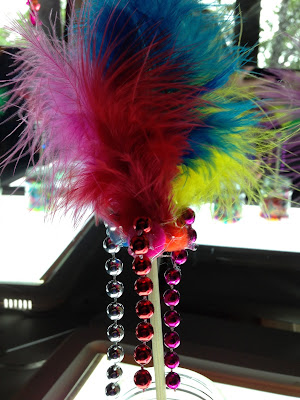 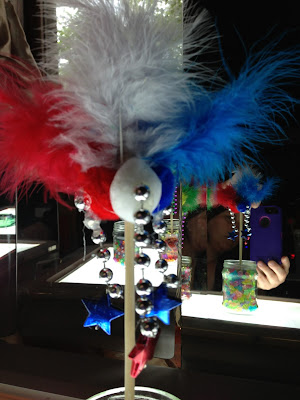 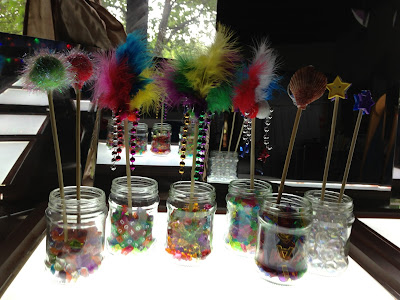 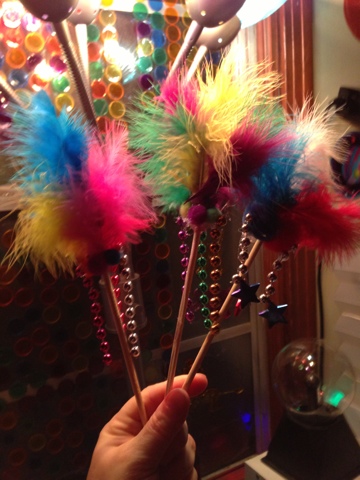