I set up a clear bin with green aloe gel and a can of shaving cream, the boys went to town and had a great time.  I included a canning funnel and a few little plastic neon shot glasses.  When they were done playing with the bin I took it over to a light panel we had set up on the floor. Then set out their box of penguins to go along with it.  They added the penguins and these are the results.  The green aloe gel make such an awesome addition to the shaving cream.  We talked about penguins, where and how they live, glaciers, etc. The boys had so much fun with this.  I saved it in the fridge and they played with it again today! I waited until they were done playing yesterday to take most of the pics. Some pics were taken during play. Some are with flash on and some off. 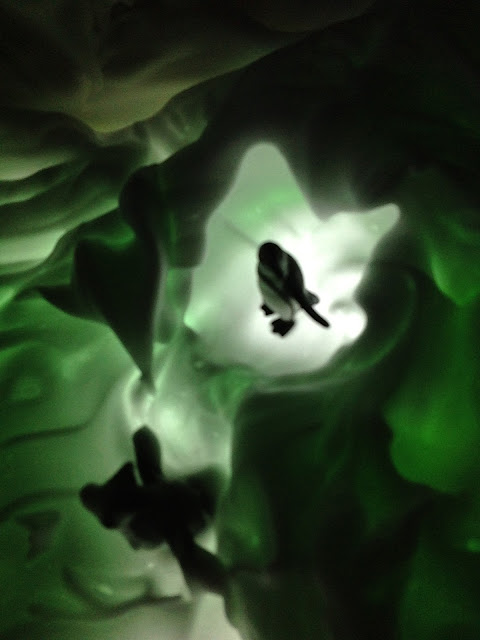 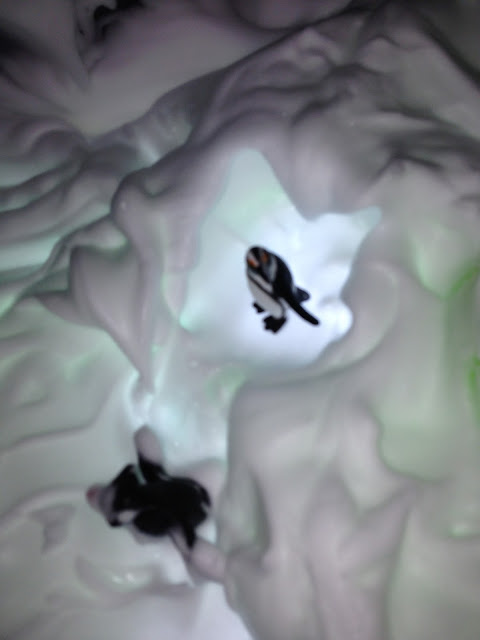 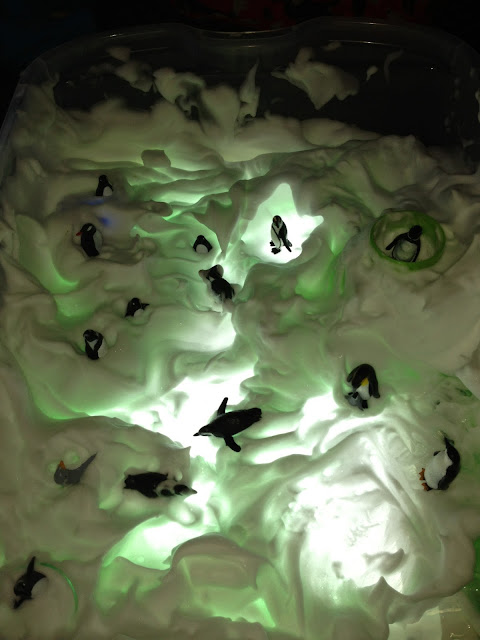 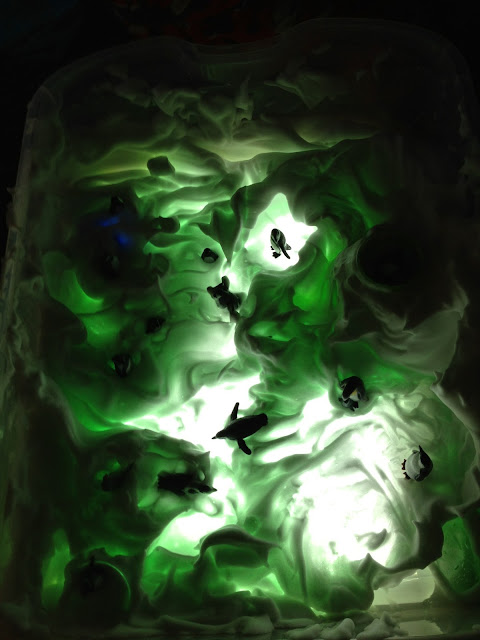 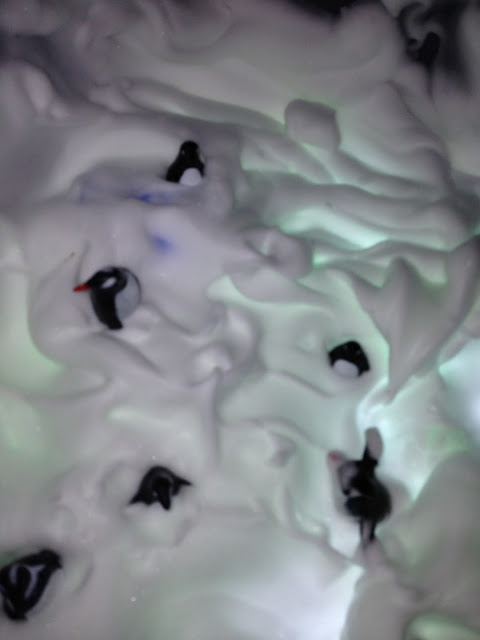 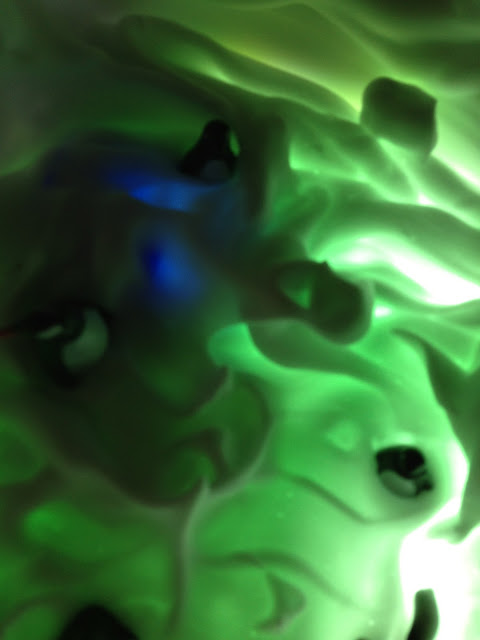 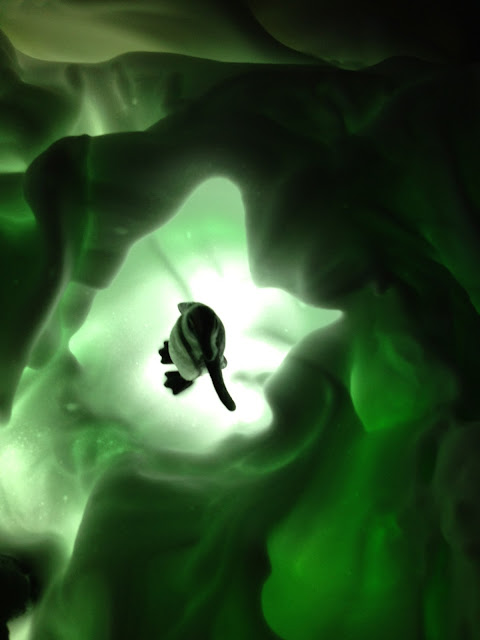 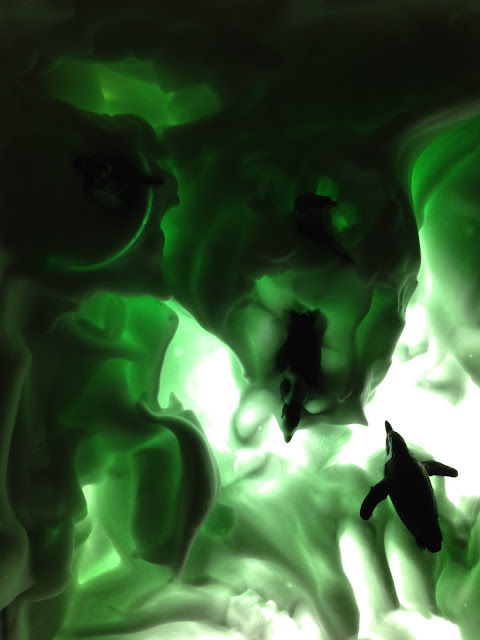 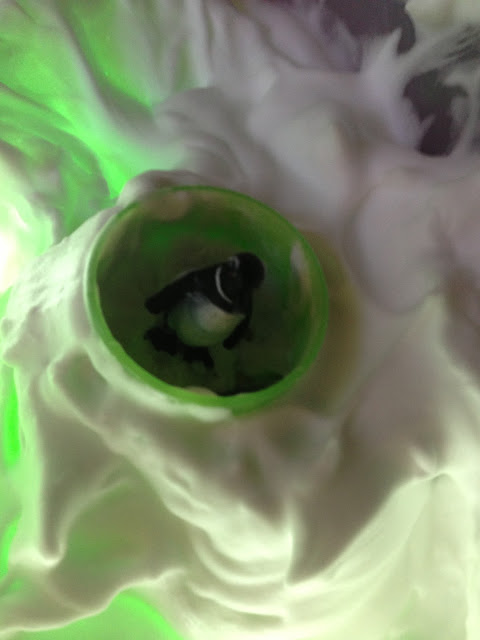 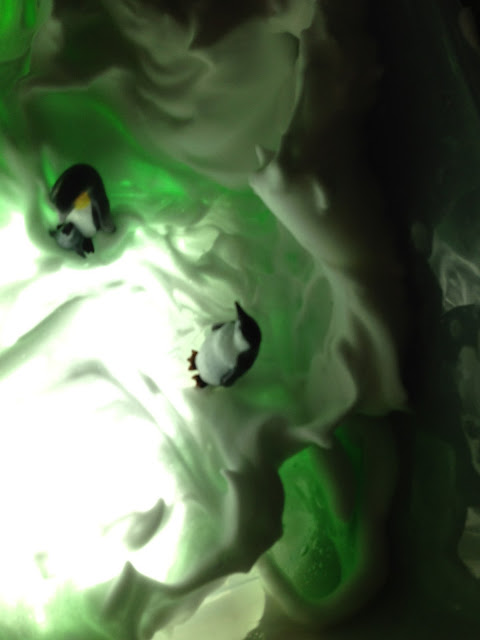 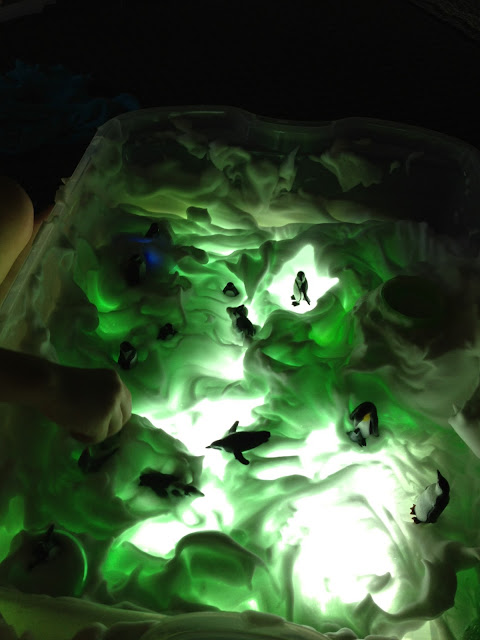 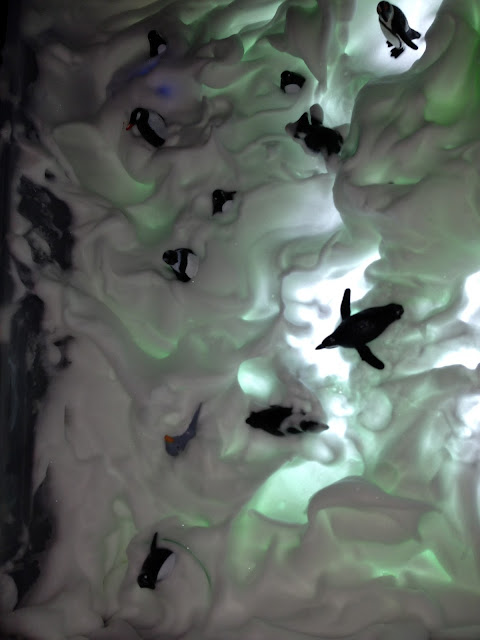 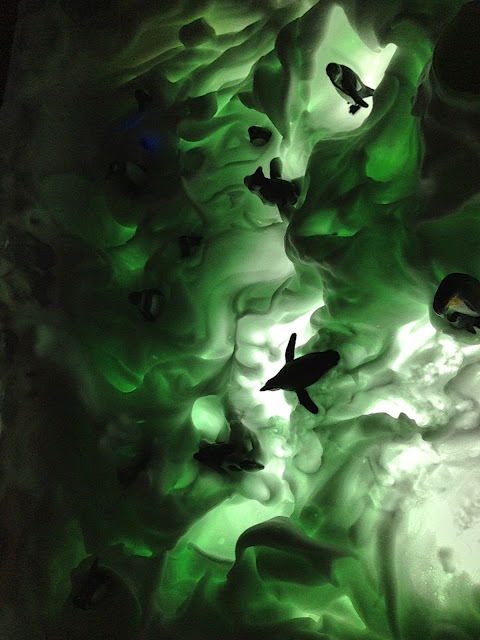 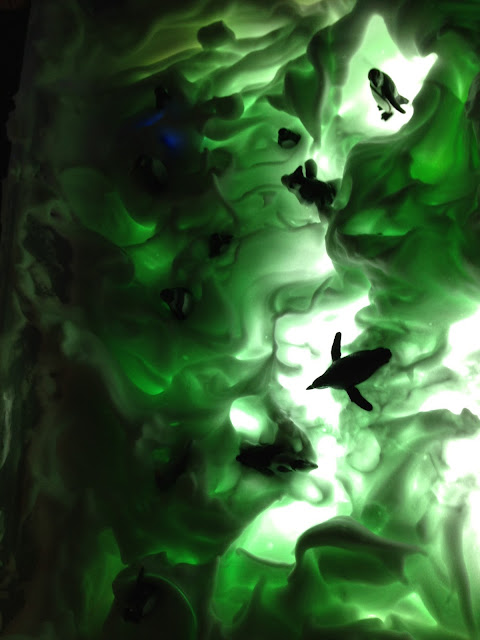 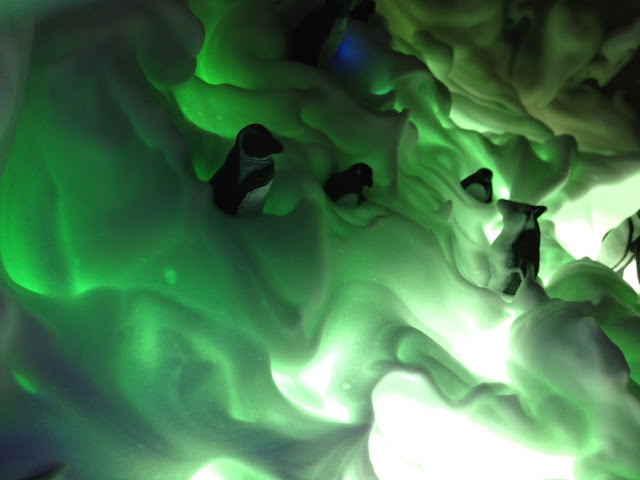 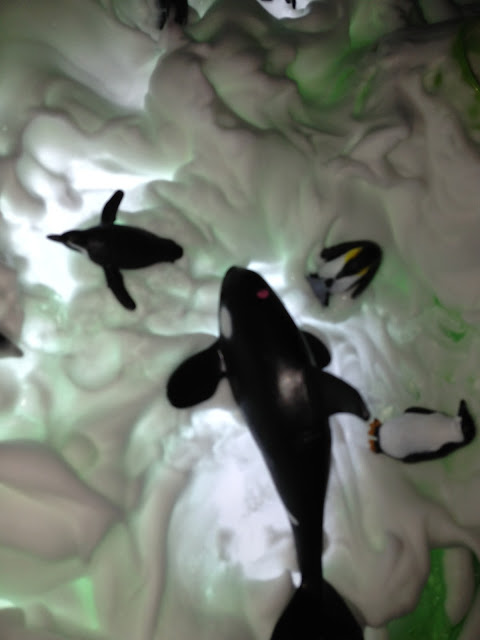 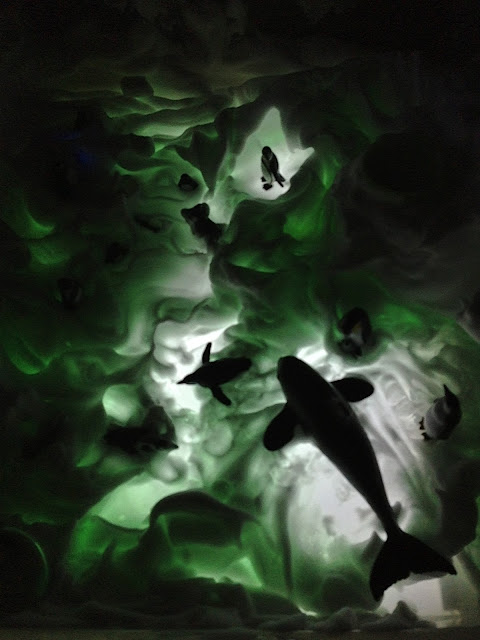 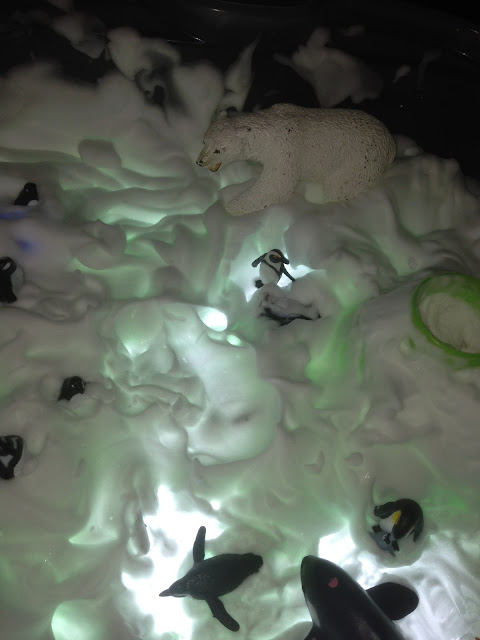 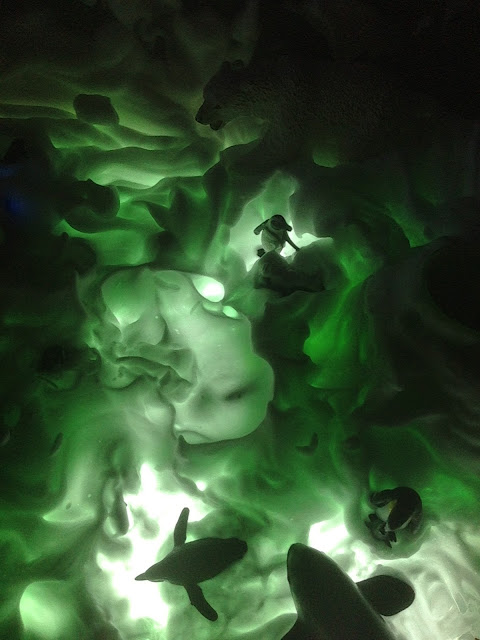