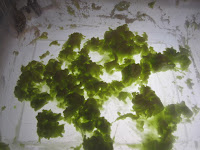 Graham and Parker decided to pour some clear glue onto white paper, they were making all kinds of designs with it. So I suggested that we add salt to the designs, so that we could spray liquid watercolors over the salt later. They loved that idea! So we now have our salt and glue designs drying to be sprayed with liquid watercolors later!  The plastic storage container that we used to salt up the glue drawings, still had salt in it. So they asked if they could add more. I let them pour in more salt, then they wanted to add baby powder and shaving cream.... so I let them. They mixed it and played with it for a while. Then they wanted to add some liquid water colors and then.... white school GLUE! So, uh..... I said ok!  They added that all and mixed it all up. It became one of the coolest slime mixtures we have made up yet!!!  It is a gritty, dry but wet when squished slime. It sticks together in big freaky stringy chunks, and is really funky to play with!!

We call it GLIME!!

They played with it for about 15 minutes, then decided to add a little bit of water to the plastic container the glime was in. The addition of the water created a swamp like environment. So they added some more of their little action figures/men/animals. They always add their action figures to everything they do and play with.

See the other slimes we invented, fluffy slime and mega slime HERE 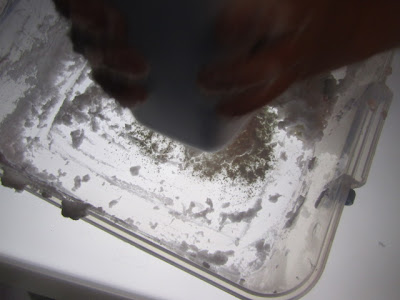 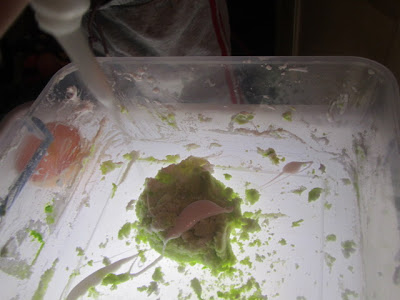 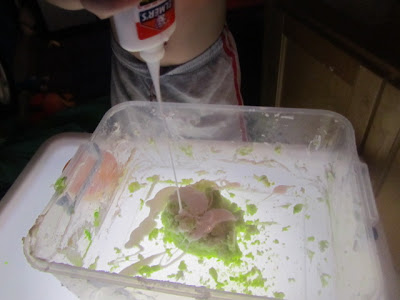 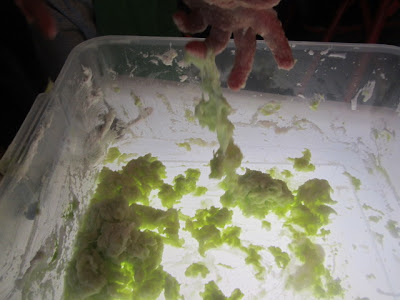 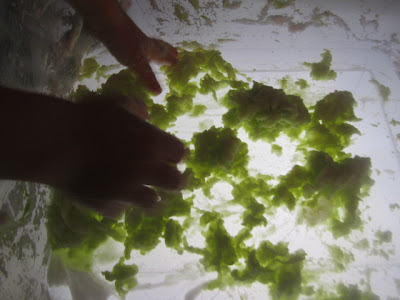 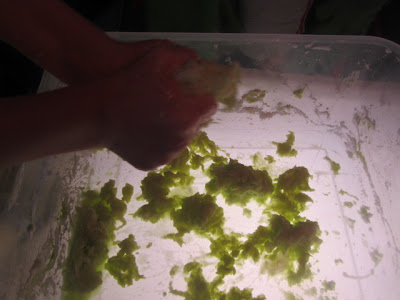 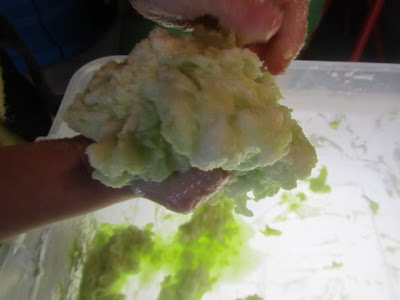 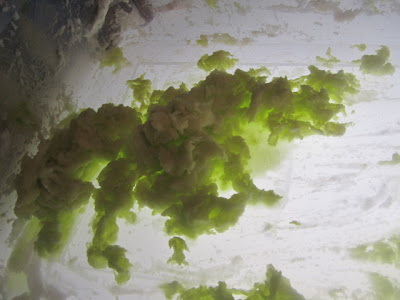 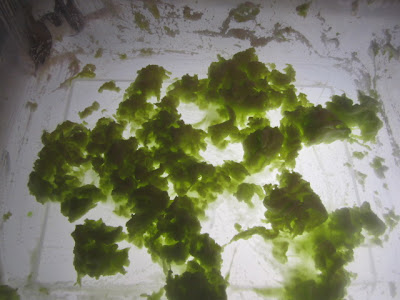 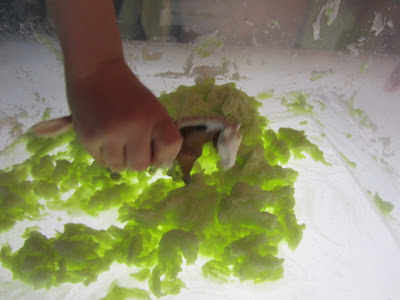 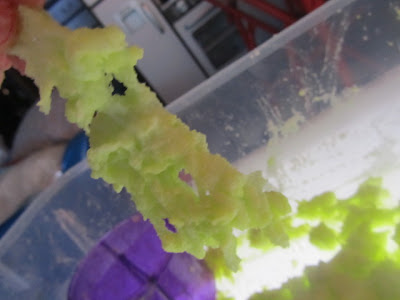 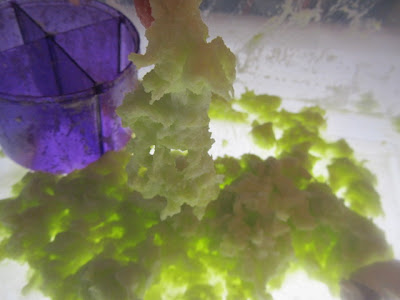 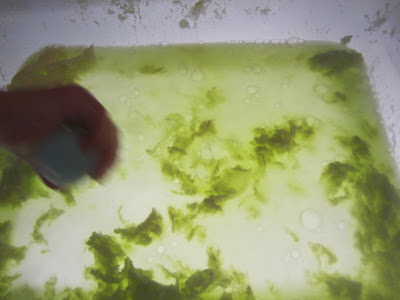 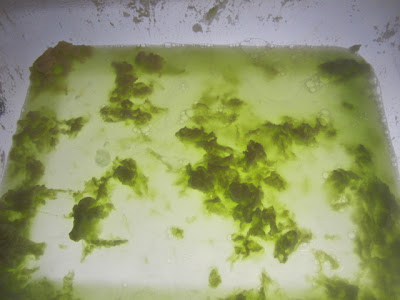 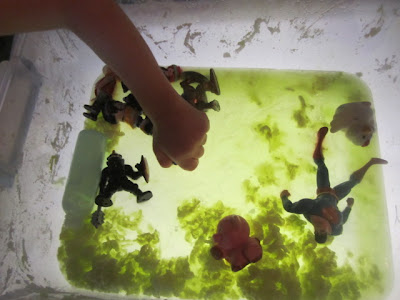 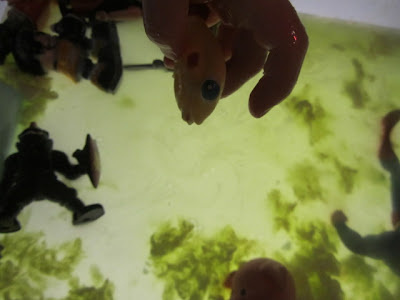