*Disclaimer*
****This photo has been unfortunately altered in the uploading process. There seems to be some sort of glitch with Blogger's photo uploading system. I tried multiple times with only resulting in the darkening of the photo each time. I plan to re-upload the photo in it's true state soon as Blogger fixes the glitch. You can use THIS LINK on Pinterest to share it in it's true state, which is a much brighter and prettier photo.  I apologize for the inconvenience. I have never experienced this happening to me in 4 years of using Blogger. I find it to be quite odd. ;( ****
I made these fun bracelets for my friends 4 year old daughter and a few other little girls we know. They are super easy to make too!

I used a pom pom making tutorial from youtube and made some pom poms. However instead of using a fork, like in the tutorial video,

I used a Pampered Chef Hold N Slice so I could make slightly larger pom poms. I used Icicle yarn by Loops and Threads, from Michaels craft store. It is a very pretty white thread with beautiful iridescent sequins and sparkles.

First I made a few of the pom poms using the Icicle yarn, I left a long tail of yarn so I could tie them on to bracelets.  The bracelet part is totally up to you on how you  want to make it.  I made a few in just a simple braided style.  I made a few in a knotted style too.  I used 4 strands of Icicle yarn for the knotted ones and 3 strands of Icicle yarn for the simple braided ones.  I made them so that they are large enough for an adults wrist, so that it would be easy to tie on to a childs wrist. The extra length can be trimmed off with scissors. Once the bracelets are finished, I tie a pom pom on to the middle and secure it well, then cut the rest of the tail that I had left on in order to be able to tie the pom pom on to the bracelet.

I have left photos below of what the bracelet looks like finished, as well as the Pampered Chef Hold N Slice, the Icicle yarn, and the pom pom making tutorial. I have also left a tutorial on how to make friendship bracelets, which is essentiall what these are, just jazzed up and made to be "Frozen" style for little girls.

Here are some close ups of what the bracelets look like.  It's unfortunate that Blogger's uploader altered these photos by darkening them too.

I would love to be able to show how pretty they are.  Maybe Blogger will be fixed by Monday and I can re-upload the photos. 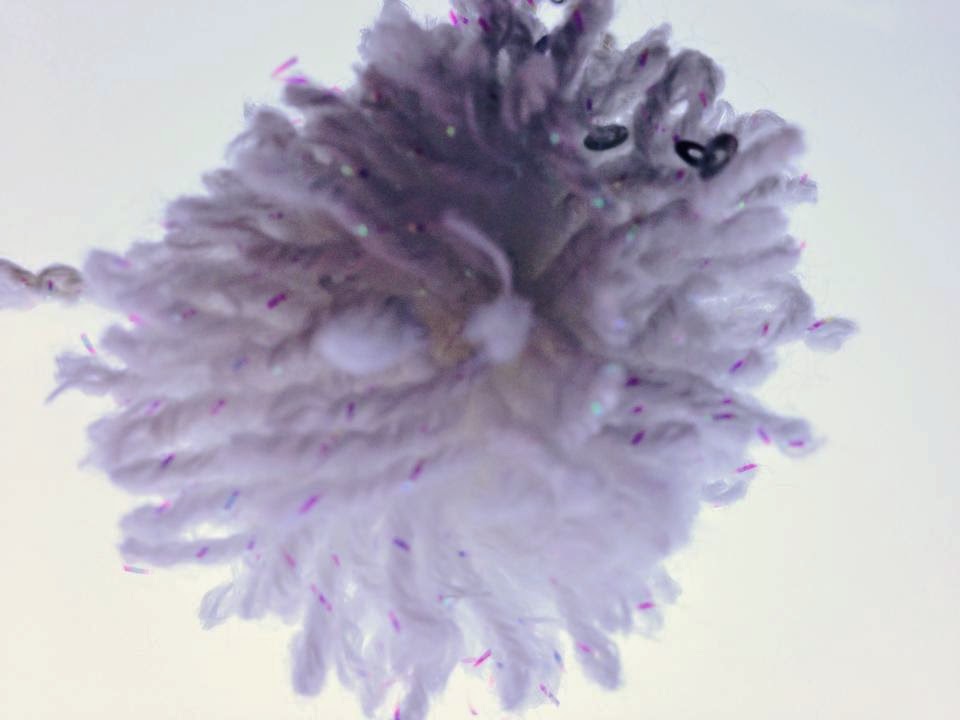 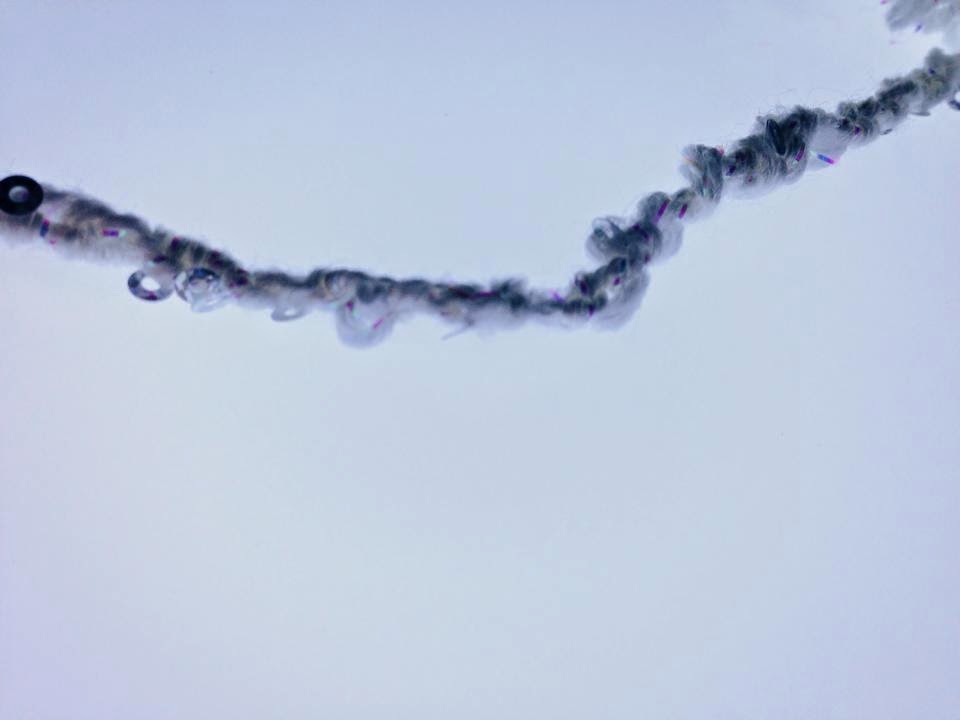