We have a game called boggle jr that is a 1+ player game. I set it up for spelling practice pretty often. It is not a light table item but this time I set it up on the light table... with some light table letters.  I used a dollar tree chip and dip tray for the letter jewels..  What I had Graham and Parker do is pick a word from boggle jr. Use the big white letter dice to spell the word, then respell the word with the letter jewels in the tray. It went really well!! 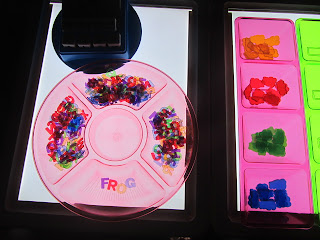 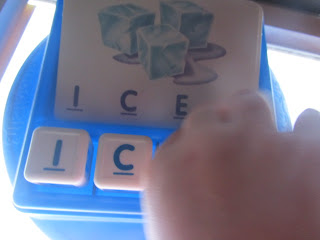 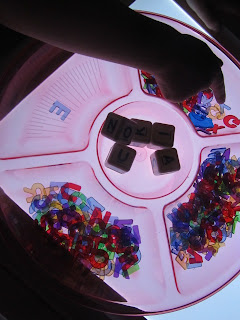 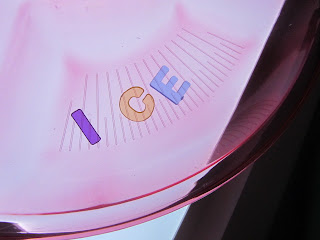 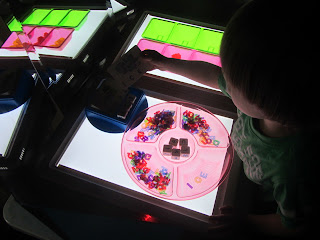 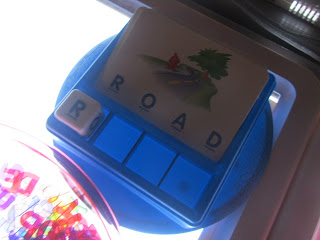 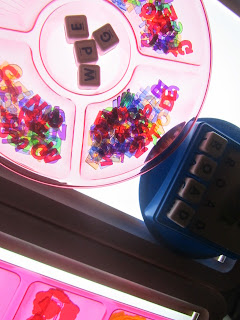 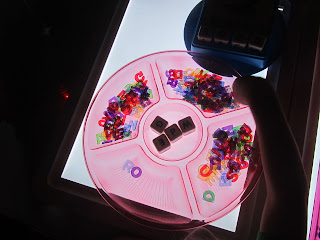 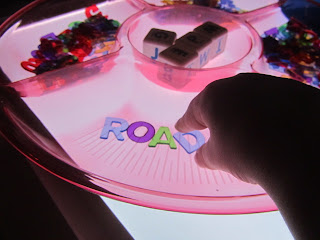 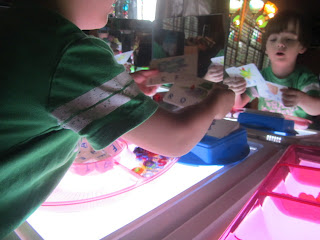 They also did some designs on the light table with translucent pumpkins and acorns from Michael's  nesting window blocks, and they added in their hex bug nano's later. 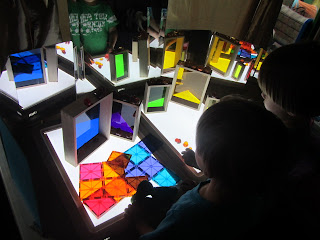 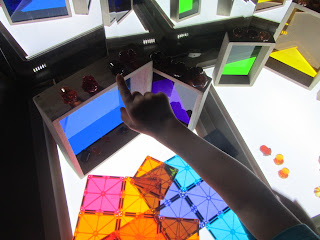 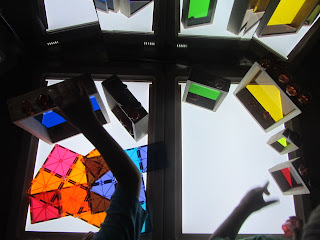 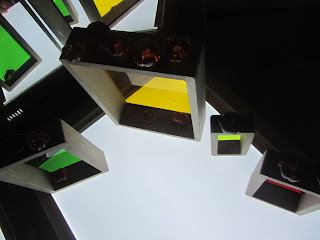 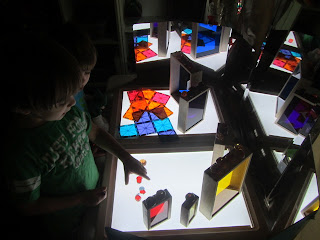 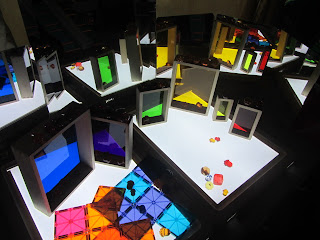 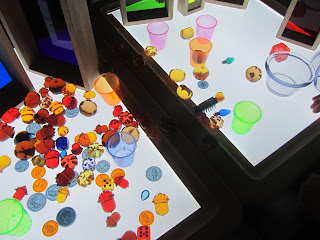 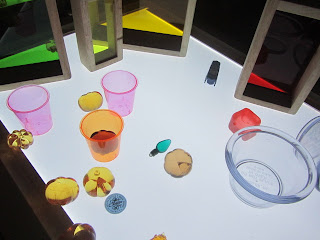 We built some cool things with magformers.. a ball and a house. 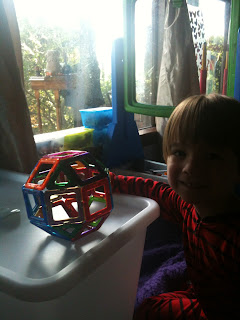 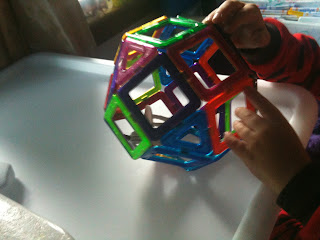 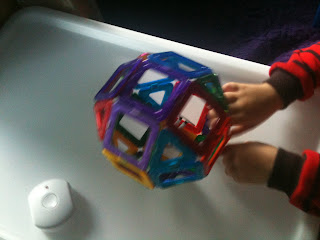 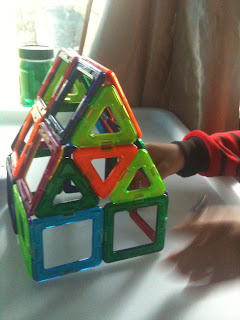 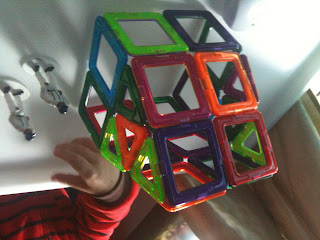 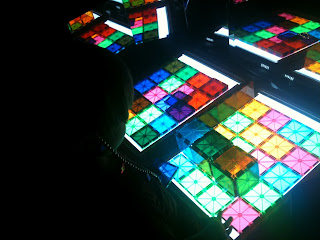 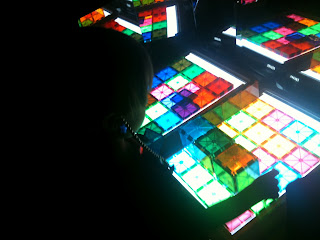