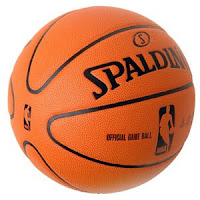 As a teacher who worked with children of various ages and abilities over the years, I have had some experience with little ones as they learn to speak English. Maya followed the pattern of naming items for a long time when she was 1-2 years old, then suddenly one day began speaking in complete sentences (though some words were "Mayanese", she still had the right syntax, comprehension, etc. skills for her age).

I've never dealt with twin toddlers learning English skills before, though. It's fascinating to watch, and listen, to my two youngest practice their 'speaking' skills!

As with Maya, I've used sign language from the beginning, and while Sam and Sarah don't usually sign back, they DO understand the signs and will respond appropriately. Sarah has seemed to be a little bit more advanced than Sam in this regard from the beginning. The weird thing is, she won't TALK. You can tell her easy commands, like,"Sarah, hand me that toy," and she'll walk right over and pick it up and bring it to you. She'll point at various parts of her body if I ask her "Where is your nose? Where is your belly button?", that sort of thing. She KNOWS exactly what we ask her to do, and will 'ask' questions through pointing at something specifically and 'grunting' something that we interpret to mean, "What's this? What's that?". But she won't SPEAK. She'll hold her hand to the side of her cheek and say, "Ummmm..." as if she's trying to think of what to say, but so far, not a single word, and she'll be 2 in July! For those of you with older twins, does that sound weird to you?

Sam, on the other hand, has been babbling since he was a month old. He would struggle to get sounds out like he wanted to have an earnest conversation with us...a lot of times he would crack us up because he would be trying soooooo hard to 'speak', yet it seemed his mouth and tongue wouldn't cooperate with him. Sam was the first to start to label things, like 'ball', 'oh, man' (from Dora, "Swiper, no swiping!", although he leaves off the "n" sound, which he CAN say, but for some reason doesn't), he calls me "Mamamamamama" (always 4 or 5 times in a row, LOL) and with such expression depending on how he is feeling. :-) He'll babble out complete sentences and conversations and we have no idea what he is saying, but again, he seems to have the syntax and comprehension down even though it's in "Sam-ese".

I've heard about twins speaking to each other in their own 'language' even into adulthood in some cases. But Sam and Sarah really don't talk to each other. They communicate by grunts sometimes, sometimes just taking things away from each other gently (the other just keeps on going without getting upset 99% of the time), lots of 'parallel play', but no real interactive talking. Anyone else experience this with your B/G twins? Are identicals different? Do they develop language simultaneously?
Let me know!
at May 17, 2010